The Yellow Mountain: hiking among China’s most portrayed landscape 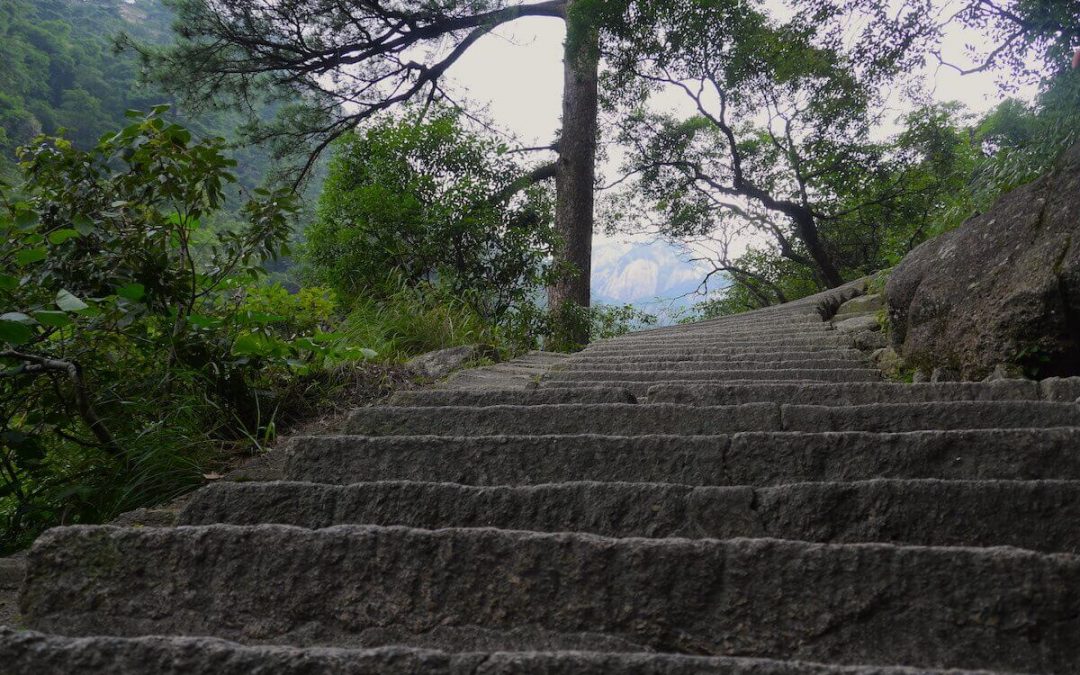 Even though I was an expat to China for about six years, I didn’t consider traveling to the Yellow Mountain until one of my students who was born and raised in Tunxi, which is another name for Huangshan City (Yellow Mountain Town) brought it to my attention, arousing my curiosity. Hiking the Yellow Mountain is an activity as popular among Chinese nationals to the same extent as it’s underrated by the foreign traveler. The Yellow Mountain isn’t typically included in a trip to China! Let’s say it’s still off the beaten path for the non-Chinese traveler, but the Chinese love them very much, and the government has set facilities in the area in order to organize the flow of visitors and to make the sightseeing accessible in the most efficient way.

WHY YOU SHOULD TRAVEL TO THE YELLOW MOUNTAIN IN CHINA

The trip is a perfect counterpoint to the visit to three historical cities like Shanghai, Hangzhou and Suzhou, which are not so far away. A friend and I arranged to hike the Yellow Mountain as an outdoor detour from our hitchhiking trip on the developed, metropolitan Chinese coast from Xiamen to Shanghai. The variety of activities at the Yellow Mountain will satisfy even the pickiest traveler. You can hike along the thousands of steps and observe the cliffs which, in their different sizes and shapes, scream their uniqueness to the sky. If you prefer to fly over the mountains, just get on one of the four cable-car lines which have been built to bring you to different sightseeing spots. At the foot of the mountain, there’s even a hot-spring park, just in case you find out you feel more stressed than adventurous.

BEST TIME TO VISIT THE YELLOW MOUNTAIN IN CHINA

May to October, but always check the weather before planning your trip. You don’t want to hike with bad weather, the trail is very slippery and there aren’t enough protections on many of the panoramic spots. I wouldn’t go there with little, wild kids either.

The trail is paved with stairs

Map of the mountain area

HOW MUCH TIME DO YOU NEED TO HIKE THE YELLOW MOUNTAIN IN CHINA?

If you’re an expert, a fast hiker in a hurry, you might also try and hike up and down the Mountains on the very same day, but I wouldn’t do that! It’s such a pity to fail to dedicate at least a day and a half to the landscape which has enchanted Chinese painters and which is still one of the top destinations in the eyes of the local traveler. And this brings us to one of the possible downsides of this beloved natural park – its great popularity. If you envision to hiking in a solitary, meditative way, meeting as few people as possible, you should certainly go during the off-season and avoid the weekends. If you decide to do it in one day anyway, at least refer to a local guide to be sure to travel in the most efficient way. You can avoid the hassle of commuting by cab and crowded public houses by booking this sightseeing one day Yellow Mountain highlights guided tour which includes all the transfers to and from the Huangshan International Hotel.

Bridge near the top

HOW TO PLAN YOUR INDEPENDENT TRIP TO THE YELLOW MOUNTAIN, CHINA

We had a great time hiking the Yellow Mountain! You might schedule as we did. We arrived on a Fryday afternoon and left on Monday early morning. Consider organizing as follows:

1. ARRIVAL IN YELLOW MOUNTAIN TOWN (Tunxi/Huangshan City) BY THE AFTERNOON OR EVENING

We reached Tunxi (Yellow Mountain City) from Hangzhou and explored the Old Street area, which is a complex of alleys and squares spreading out from a larger walking street featuring charming traditional architecture and decorations, with shops, workshops and local delicacies for any budget. That was an awesome way to get accustomed to local vibes before a day of hiking, and to try the local dishes like:

We hadn’t booked a hotel for the first night, as we were on a hitchhiking trip in which it was very  difficult to  predict exactly what would happen and when we would arrive. We found accommodation eventually, but we had to walk for a while. There are many cute traditional-style guesthouses near the Old Street. Have a look at the photos and prices of the available accommodation in Huangshan City now.

2. GET TO THE FOOT OF THE MOUNTAIN

3. HIKE YOUR WAY UP TO THE TOP OF THE YELLOW MOUNTAIN AND CHECK IN TO YOUR GUESTHOUSE

I’m not a crowd lover, and I visited the Yellow Mountain in mid-August, which means high tourist season, but I was still able to appreciate the hike fully. This was possible because after we had spent the night in Tunxi, we failed to wake up early and we arrived at the foot of the mountain at around 2 PM, which turned out to be the perfect time us to hike without too many other visitors around. It took us about 3-4 hours to hike up and reach the hotel on the mountain (we stayed in the dorm) at a calm but steady pace, stopping many times to take pictures of the wilderness.

ACCOMMODATION ON THE YELLOW MOUNTAIN CHINA

The Beihai Hotel on the Yellow Mountain is very cozy and warm, and I recommend it. The cheapest accommodation is in female/male dorms. I suggest you book your beds in advance if you don’t want to miss your chance to sleep on the mountain and enjoy the famous misty sunset.

Waiting for the sunrise on the top

4. WATCH THE SUNRISE FROM THE TOP OF THE YELLOW MOUNTAIN AND EXPLORE ALL THE CLIFFS

The following morning, I woke up to the sounds of the other guests in the dorms, who started setting out way before the sunrise. My friend and I went with the flow on a 10-minutes hike to a spot where you can see the sunrise. The sun came out and made his way through clouds and morning mist while a hundred or more people were trying to get a good shot. We spent more hours following the signs to special sightseeing spots. The visit to the Yellow Mountains isn’t only a healthy activity in natural surroundings, but also a hunt for the spots which have been portrayed by famous Chinese painters! Follow the signs and search for the essential points of interests in the reserve:

My favorite sight instead, is the Monkey Rock.

5. COMING DOWN FROM THE YELLOW MOUNTAIN

Later, we started going down the mountain with a lot of other people, and it got quite annoying. We took a different route than the way we had climbed up, which was way more marvelous in terms of the view, but the trails were quite narrow in some parts and we were stuck in a queue under the sun. After the queue, we got tempted to go down too fast, and in the end, we were both exhausted and had stiff legs! I’m not a pro hiker, but I do yoga at home and I exercise regularly, while the friend who hiked with me was a sporty guy, but even so, we suffered for a whole week as a result of a day and a half of hiking in the Yellow Mountains.

On the way down

FOOD ON THE YELLOW MOUNTAINS

The price of food and water on the mountain are more than double the standard Chinese price (especially water, for which we paid 10 RMB [Renminbi, equal to the Yuan – about 6 RMB to $1 USD], compared with the normal 2 RMB). You better bring as much water as you can for the hike, and bring snacks too, because you might be deluded by the offer available at the small markets on the top: vacuum-packed eggs and chicken feet 🙂

Panoramic spot with almost no protection

Students under 26 and with a valid student ID

More pictures from our weekend in Huangshan

Cute profile of the cliffs

One of the most popular peaks

Landscape with the Monkey rock on the left

Pin this for later

Learn Chinese in China: list of the universities with intensive language programs

Food in China: an essential guide for travelers and expats

Did you find this article about hiking the Yellow Mountain useful? Let me know in the comments.

Would you like some help in planning your next trip to China or Italy? Don’t hesitate to get in touch 🙂

I would love to send you my new posts, updates on what I am doing and information on my tours.

You have Successfully Subscribed!